Our universe contains one septillion stars (a one followed by 24 zeroes) and a lot of these stars contain many, many more motes of dust that we call planets. If any of us ceased to exist tomorrow, little would change beyond the subjective emotional states of the people in our immediate circles.

It is the Nobody’s that throughout the ages have changed our lives for the better.  Many millions of nobody’s have all contributed to making changes in advancing humanity to where we are today.  It’s the nobody’s who change the world.  It’s the Nobody’s that know one has ever heard of that have influenced and nudged and pushed to help all of us see the light.

Some of the most enlightened inventions of all time were created by people no one has ever heard of.  Kingmakers that are obscure and are just like everyone else.

Through the Nobody’s our leaders are elected. Do our leaders today know each and every person that voted them into their office of leadership? To them all the voters are nobody’s that made a difference.

In ages past it was the nobody’s that rose to the challenge and made a difference.  Many obscure and egoless individuals changed the course of history by one thought or one act of kindness or one act of bravery.

Most of the greatest leaders and teachers that changed the lives of everyone were nobody’s to begin with. Mother Teresa, Abraham Lincoln, Nikola Tesla, Padre Pio, Genghis Khan, Julius Caesar, Buddha and the list is endless.  To you today they are famous and somebody special but at the time they were born they were indeed nobody’s.

To be a Nobody means you have awakened to the light and realize that ego and drama and self aggrandizement are lies.

Are you a Nobody? If so, then this Blog is for you.

Keep in mind that: 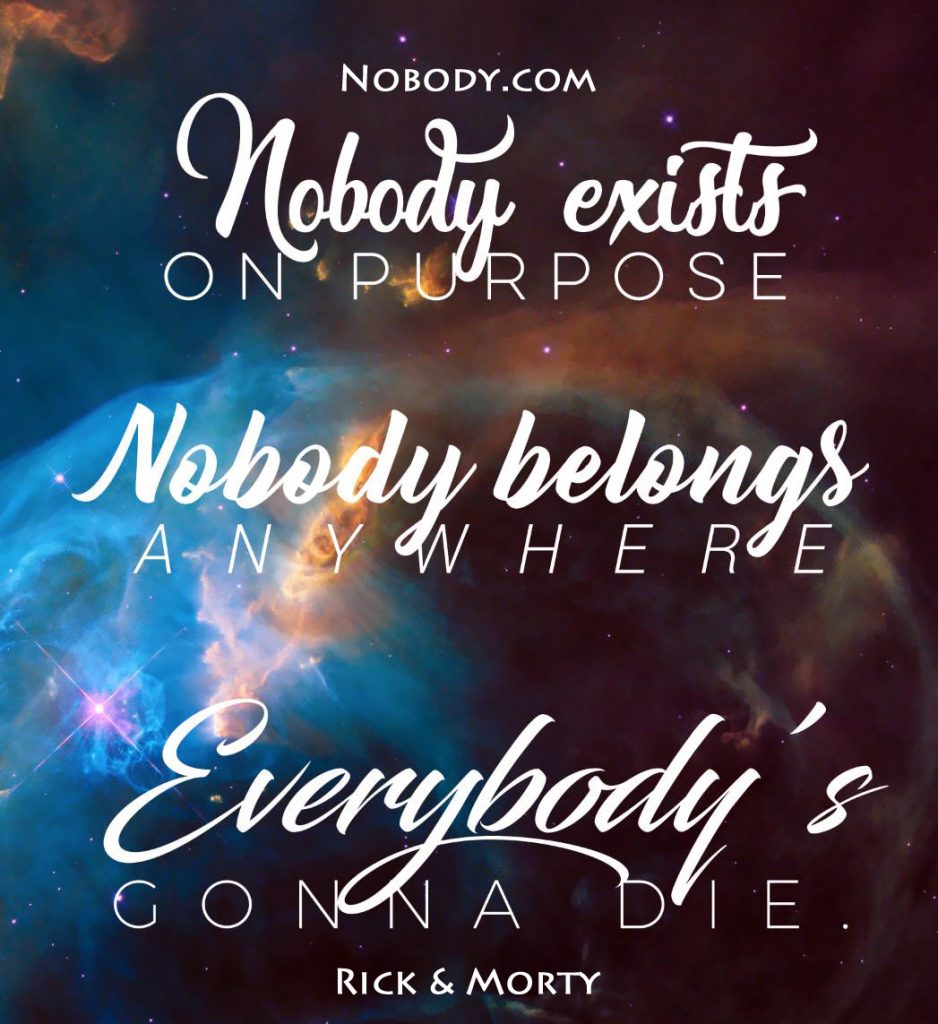